Within a few short years of being formed, the United Tiny House Association has grown to be what is considered the largest tiny lifestyle support organization in the entire World with over 45K+ members as of December 1, 2021. 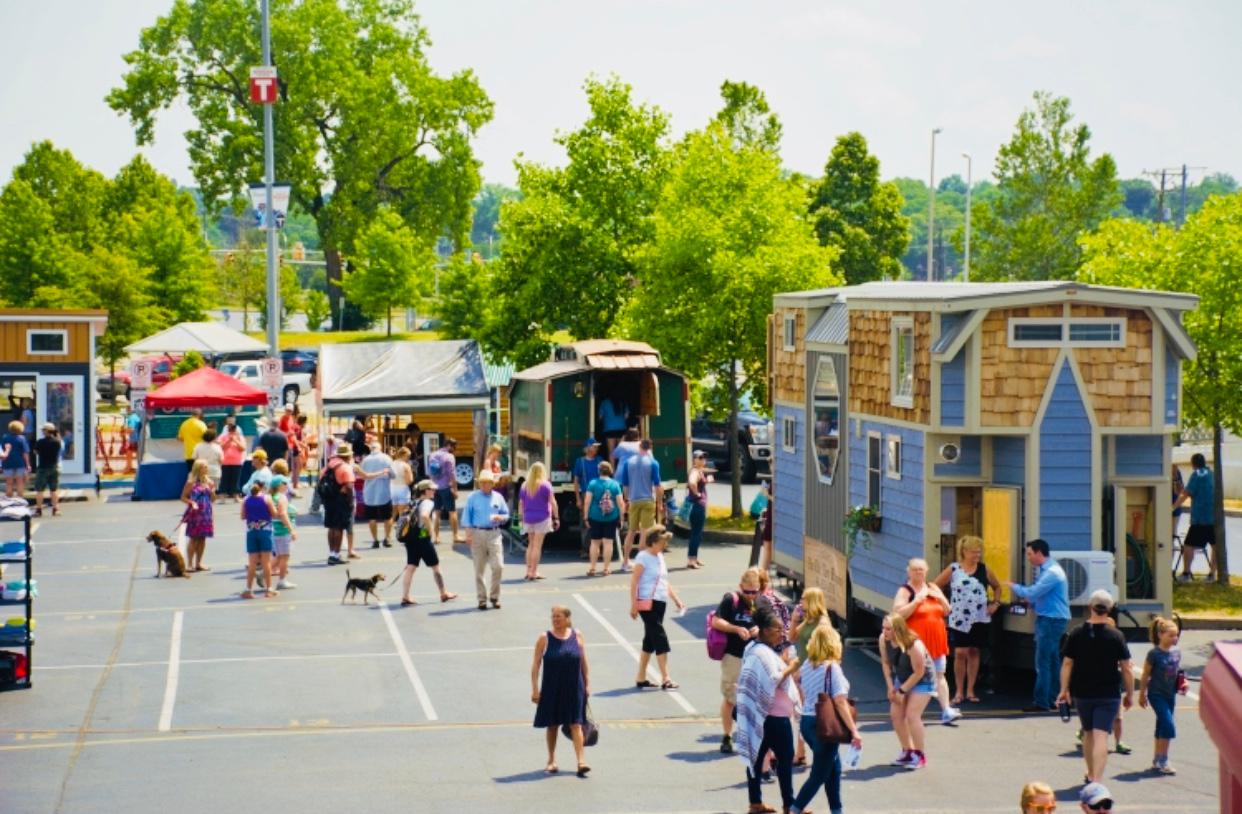 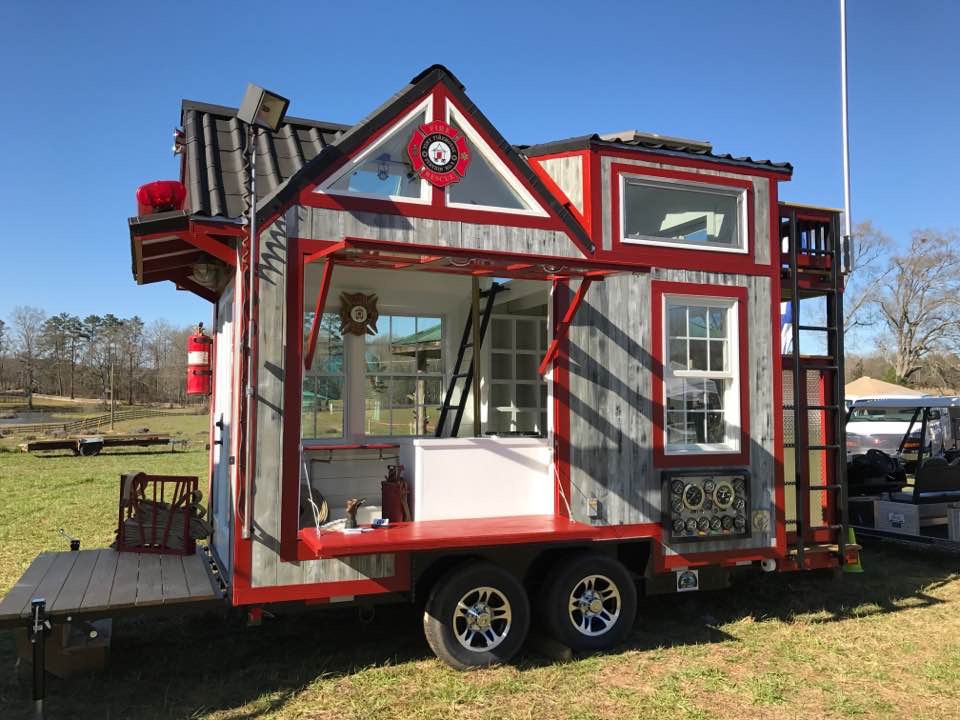 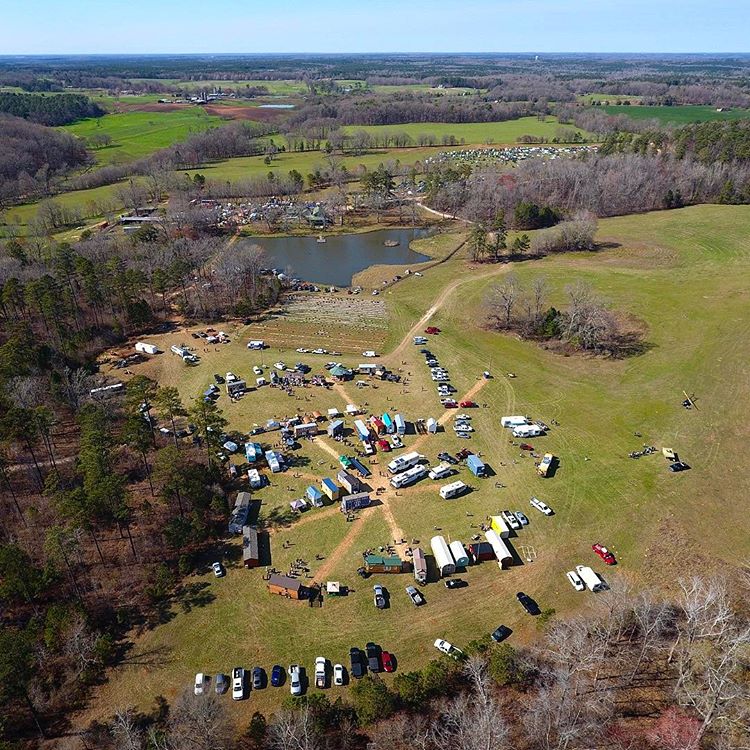 John and Fin began their tiny house love affair living aboard a narrow boat and traversing the canals of the English countryside in the UK after meeting each other when Fin was living in London and John was living in South Florida.  After Fin proposed to John and asked for his hand in marriage, they settled in the United States where they have been living in their self-built 304sqft tiny house, known as “Beloved Cabin”, since December 2011.

They now reside on their 16-acre Beloved Cabin Tiny House Homestead & Stay in the woods of Georgia, where they have embraced solar energy, rain water collection, methane gas production for cooking fuel, composting/soil creation, raising chickens, growing their own vegetables and fruits, solar thermal energy, and more to facilitate their off-grid and minimalist lifestyle.

They also share their personal collection of tiny houses, skoolies, and yurts, on their 16-acre Beloved Cabin Tiny House Homestead & Stay with others so they may experience unique getaways and short-term vacations in a true tiny house community.  (John and Fin are currently building another small guest cabin and a tree house from an elevated grain silo.)

John and Fin also have their towable 148sqft tiny house, the World-known “Tiny Firehouse – Station No. 9“, which is both their personal travel home and tribute tiny home honoring firefighters and emergency responders.

Fin was raised in Thailand as a Buddhist, is a vegetarian, yoga instructor, massage therapist, fitness expert, and personal trainer.  John is a retired immunologist, the handyman of the property, a skilled craftsman (his family is Amish), DIY fanatic, re-purposing expert, and an avid outdoorsman who fills the freezer throughout the year with fresh game and fish.  Together, John and Fin strongly believe it is their diversity and being so different in many aspects, as well as having so much common ground, that has created and solidified their “tiny house love affair”. 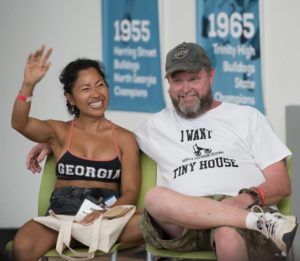 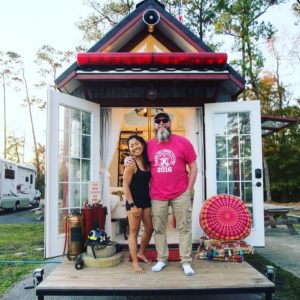 On May 23-24, 2020, John and Fin organized and hosted the first ever FREE International Online Tiny House Festival, which spanned two days and involved 5 countries, over 30+ tiny home tours, more than 2 dozen speakers, and live entertainment… and is schedule again for a second year on June 19-20, 2021.

Also, all tiny house lifestyles are encouraged and supported.  These include, but are not limited to, off-grid living, on-grid living, wilderness living, ADUs, and both suburban & urban living.

John and Fin, and their tiny homes, have been featured on HGTV, the DIY Network, TODAY, The Rachel Ray Show, JEOPARDY!, AOL, FOX, NBC, ABC, CBS, and countless newspapers, newscasts, magazines, Vlogs, Blogs, and Podcasts around the World.  They are regularly invited to speak at colleges and events, meet with Local/National/Federal government officials, work with individuals one-on-one, and partner with other organizations in their efforts to bring both the tiny house community and those outside the tiny house community together in a common understanding of what living tiny is all about.

Are you interested in collaborating with John & Fin, being a sponsor with any of United Tiny House’s World-renowned For-Charity Tiny House Festivals, or advertising on either this web site or on any of our social media pages?  If so, CLICK HERE for our Collaboration Opportunities Package.

“Do something BIG in your world… by simply doing something TINY!” – John & Fin Kernohan